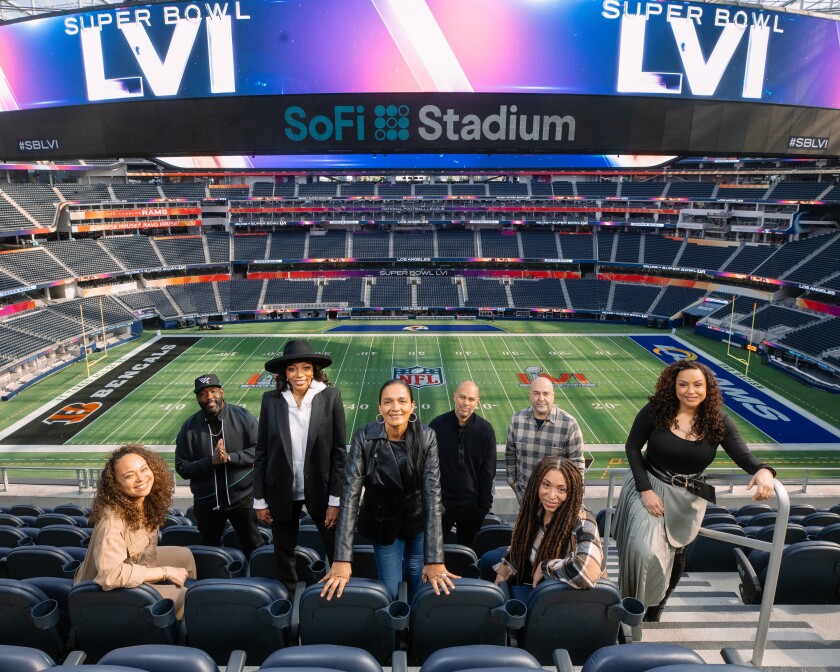 The paint was still wet on the field at SoFi Stadium as Desiree Perez strode toward the 50-yard line, a pair of ringing-and-dinging smartphones tucked inside her boxy leather handbag.

Perez, the chief executive of Roc Nation, superstar rapper Jay-Z’s wide-ranging entertainment firm, had dropped in at the Inglewood stadium last week as part of preparation for the Super Bowl halftime show her company is producing for Sunday’s game — an all-star hip-hop blowout featuring Dr. Dre, who helped pioneer West Coast rap while coming up in nearby Compton, along with Snoop Dogg, Eminem, Mary J. Blige and Kendrick Lamar.

It was just past 8 a.m., but already there were set pieces to approve, musical mixes to hear, sight lines to investigate — and, as one NFL rep gently reminded Perez, freshly sprayed turf to avoid spiking with her stiletto heels.

“It’s a lot of moving parts,” she said of the elaborate production that will take place halfway through the Los Angeles Rams’ championship battle against the Cincinnati Bengals. Behind Perez, 53, the words “END RACISM” stood out starkly against the vivid blue and white of the Rams’ end zone. “But it’s important for the time we live in,” she added. “It’s important for what we represent.” 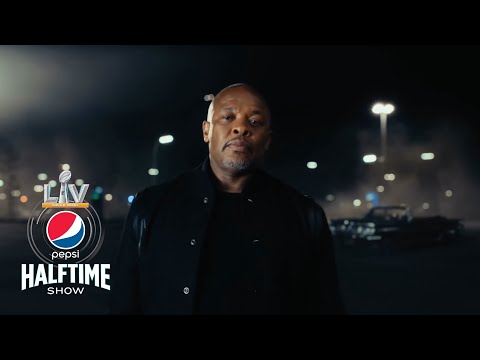 Roc Nation’s partnership with the National Football League, which the two organizations struck three years ago, is perhaps an unlikely alliance: In 2018, after turning down an offer to headline the halftime show, Jay-Z famously rapped, “I said no to the Super Bowl / You need me, I don’t need you.”

Yet the deal — which gives Roc Nation control of the NFL’s high-profile musical performances and enlists Jay-Z to “amplify the league’s social justice efforts,” as the NFL describes it — has paid impressive dividends. Roc Nation’s inaugural halftime, with Jennifer Lopez and Shakira in February 2020, was widely celebrated as a welcome display of Latino pride; last year’s gig starring the Weeknd was lauded for its creative invention amid the constraints of the pandemic.

Now, Roc Nation is working toward what might be its biggest achievement yet: the Super Bowl’s first real-deal hip-hop halftime show, decades into the genre’s domination of pop music.