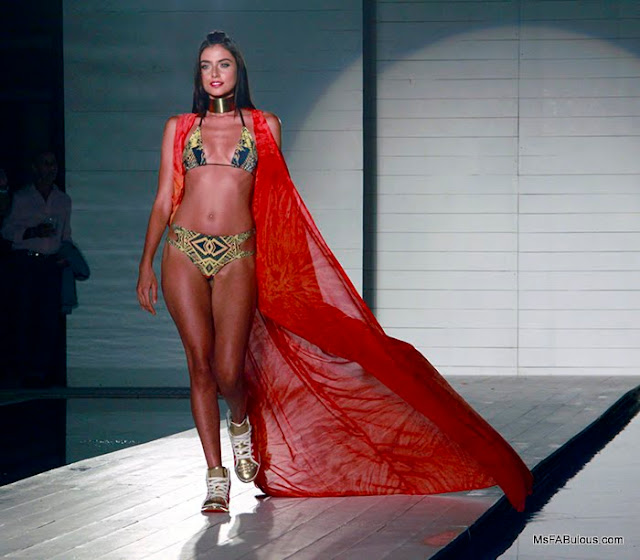 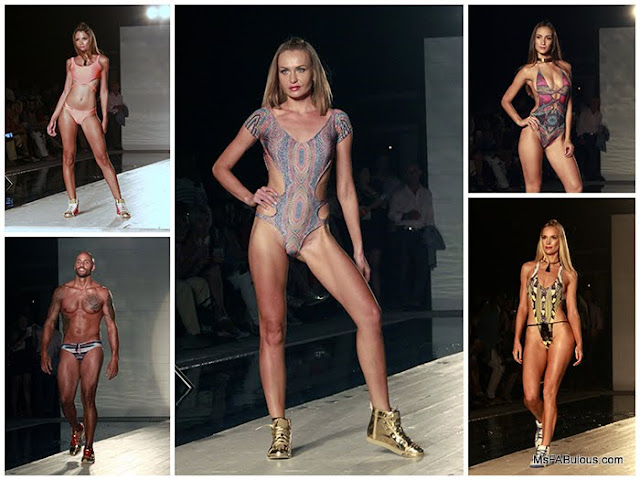 This fashion show from Lila Nikole and Kruzin Footwear wins the award for being the first to rain out of the runway. The show started an hour late to the detriment of the designers. All of the guests had watched the increasing onslaught of lightning the entire hour leading up to the show.

The outdoor runway was suspended over the new venue of the Nautilus hotel. The show opened with a great tribal print bikini and extra long wrap by designer Lila Nikole. The Summer 2017 collection was called "Tribez." It looked to Native warriors as the muse. It featured updated tribal prints in color palettes inspired by African tribes.

The swimwear looks were paired with Kruzin footwear, a flashy footwear brand launched by Alessandra Gold, a Miami-based stylist. My favorite shoes were the metallic leather high tops with extended laces. The brand is a favorite among rappers Lil Wayne and Flo Rida.

Unfortunately, the models and guest were rained right off the runway. The downpour came crashing down and soaked everything and everyone. While the lightning and thunder started, I was keenly aware that the photographer pit was positioned directly under a tall metal structure of lights right in the middle of the open pool area. Had the show started on time, all would have been good. Since it was so late, I'm sure many people missed out on some great looks.