Super Bowl Halftime Show Producer Jesse Collins on “Day One” Mission to Honor Dr. Dre and the City of Compton

Jesse Collins hasn’t had a lot of time to catch his breath. The Pepsi Super Bowl Halftime Show producer — a veteran of entertainment’s biggest live productions from the Oscars and Grammys to the American Music Awards and BET Awards — segued straight from working on the global spectacle to a slate of pressing new projects including April’s Grammys in Las Vegas. But The Hollywood Reporter was able to sneak in a few questions with Collins on Tuesday about steering this year’s history-making show that featured the first-ever hip hop headliners with Dr. Dre, Snoop Dogg, Eminem, Kendrick Lamar and Mary J. Blige (with surprise guests 50 Cent and Anderson .Paak), why the homage to Compton and Dre was part of the plans from “day one,” and what he did immediately after the game. 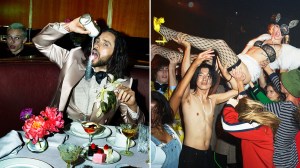 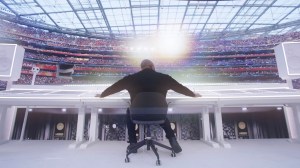 You’ve produced some of the biggest live shows in entertainment, how did this one compare?

This show had a real sense of history from day one. Each artist that touched that stage is a living legend and a part of hip hop royalty.

I talked to Shaq a few days ago and he said he was upset that the show could only be 12 minutes because the performers could each play two hours and it still wouldn’t feel long enough. How did you settle on song choice and deal with teams for five superstars?

I just stayed out of the way of three of the greatest minds in music. Dr. Dre, Jay-Z and [music director] Adam Blackstone.

South Los Angeles was represented well, from performers and set design to the overlay on the field. Can you share a little about the vision and how it felt to honor that part of Los Angeles?

From day one, we all wanted this performance to honor both Dr. Dre and the city of Compton. So we approached it on multiple levels. First, Es Devlin and Bruce Rodgers created a set that would allow us to incorporate locations like the MLK Memorial and Tam’s Burgers because they have real significance to Dre and the city of Compton. Then, Fatima Robinson created choreography that told the story through dance and made sure there were dances in the performance that reflected the culture. Finally, our wardrobe team, led by Lila Nikole, made sure that there were sections where the dancers’ wardrobes reflected the styles of the community.

You worked with Es Devlin on set design, which was well-received by viewers and critics. What was that process like?

Amazing. Es always pushes the realms of what can be done and that allows the opportunity to truly create something epic.

Dr. Dre said on Thursday during the press conference that the bugs were still being worked out. What was the biggest challenge leading up to Sunday?

Just making sure we captured everything. Our director, Hamish Hamilton, did an amazing job of locking into every single second so that not a second of time was wasted and every moment was captured.

Where did you go after the game?

I hopped around the suites, drank and ate food that I can’t afford.