The Rock and Roll Hall of Fame has officially opened "The Biggest Show on Turf" ahead of the NFL Draft in Cleveland. 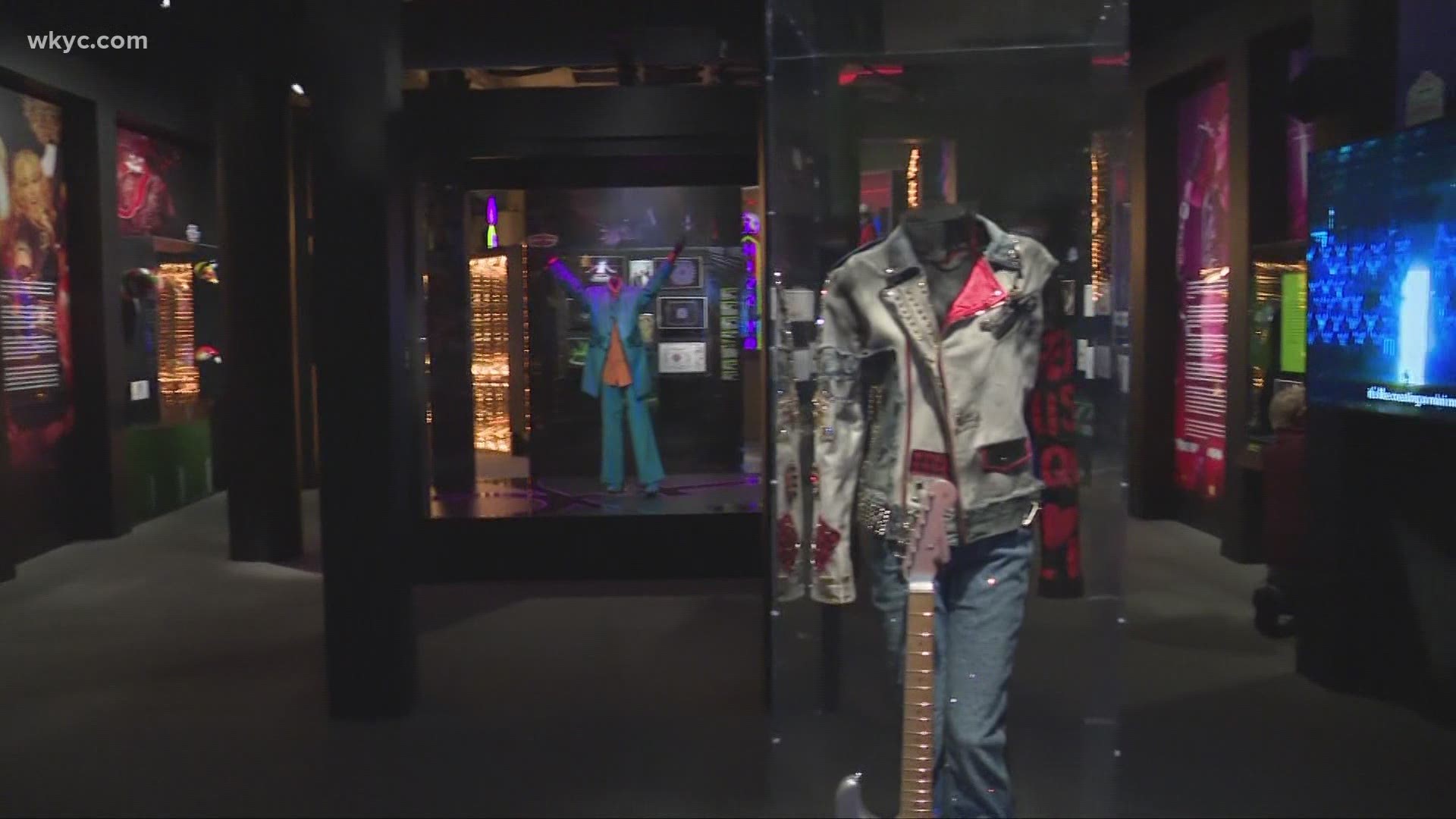 CLEVELAND — As crews continue working on the setup for the NFL Draft in Cleveland, the Rock and Roll Hall of Fame is already set to welcome fans. The new “Biggest Show on Turf” exhibit opened to the public Friday, featuring memorabilia, artifacts and displays that show off the most iconic marriage of football and music.

“Michael Jackson, Bruce Springsteen, Tom Petty, The Who, The Rolling Stones, Lady Gaga, Beyonce and on and on and on,” says Greg Harris, CEO of the Rock Hall.

The exhibit takes people on a journey through 55 years of Super Bowl halftime shows. The display includes pieces like the drum from Aerosmith’s Joey Kramer, used during the first performance where fans were allowed on the field. Also on display is Prince’s turquoise suit worn while he performed Purple Rain, in the rain. There’s behind the scenes memorabilia like blueprints and measuring straps, viral throwbacks like the costume for Katy Perry’s left shark, and patriotic nods like Bono’s infamous jacket worn in the first super bowl after 9/11.

“He wore a leather jacket with an American flag lining in it and it was a moment of unity for our country,” says Harris. “At its very best, sport brings us together at these times and music does that too.”

The largest artifact in the exhibit is the infinity room from The Weeknd’s 2021 halftime show. It’s a series of mirrors and lights used to create an optical allusion and multiply the perception of an object.

“So we put 12 people inside of the room but because of all the mirrors, it made it seem like there was an abundance of him floating around,” says Lila Nikole, the costume designer for The Weeknd’s Super Bowl halftime show. “We knew that was going to be a very impactful, very strong finale moment. You either loved it or you didn’t, but you still felt it because it was very strong. It had a lot of energy and it had a lot of moments that were really great with it.”

It’s 55 years of memorable moments from the most watch television event every year. The Rock Hall will feature the exhibit through September, with extended hours next Friday and Saturday to allow more football and music fans the chance to walk down memory lane.

“This is just too great to take down,” says Harris. “’We’re going to keep it up and we’re going to tell the story all summer long.”